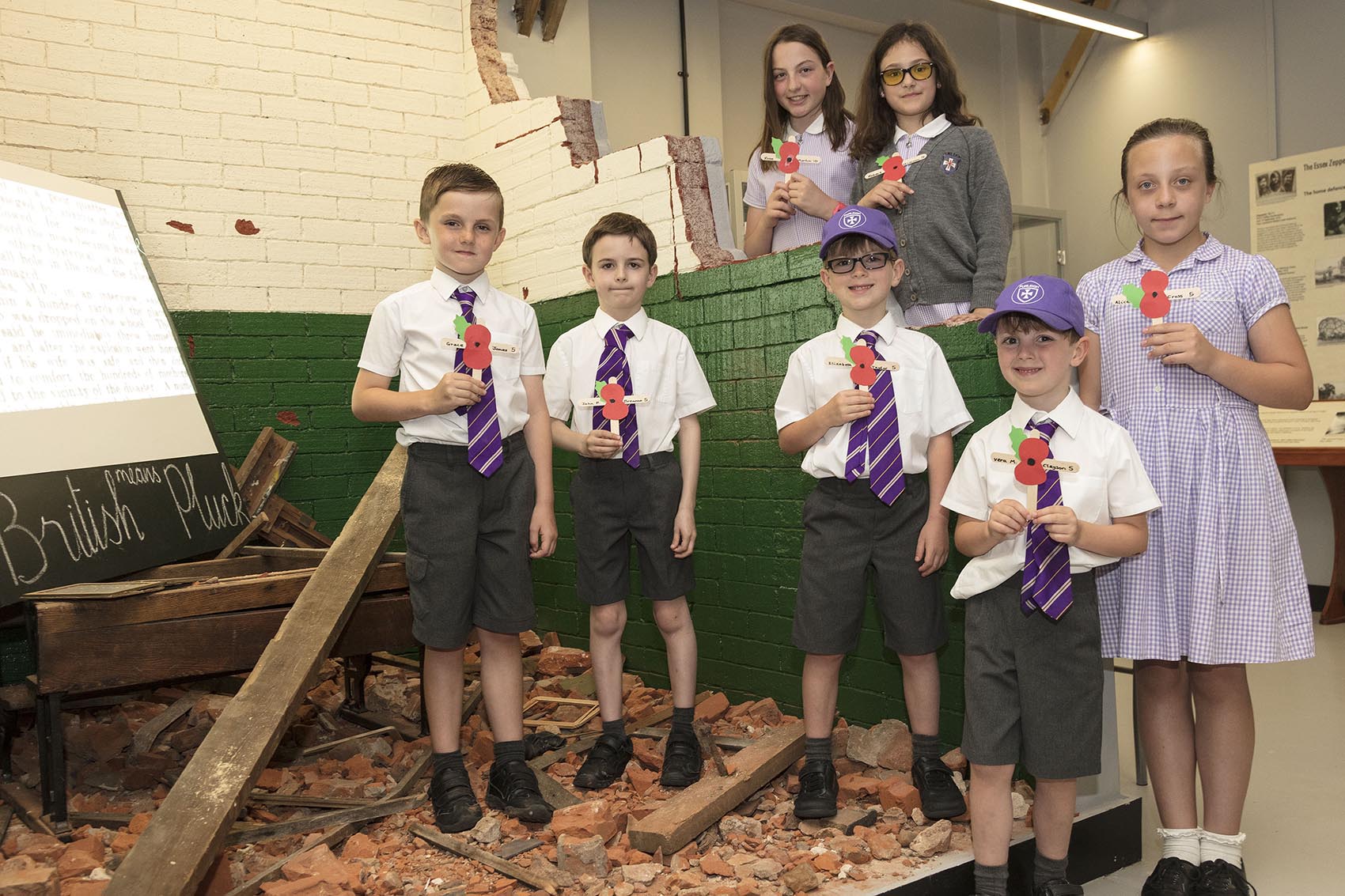 Today pupils from Purleigh Primary School visited the aerodrome to take part in a commemorative service to mark that 100 years ago today, Upper North Street School in Poplar, was subject to an air-raid by German bombers, as part of what was to become known as the First Blitz. A short service was held by the aerodrome’s padre, Mary Cottee, and the children read aloud the names of those who had died, and placed a poppy cross on behalf of each child at the aerodrome’s memorial site. They also laid a poppy wreath they had made at school to commemorate the event. It was lovely to have the children on site.