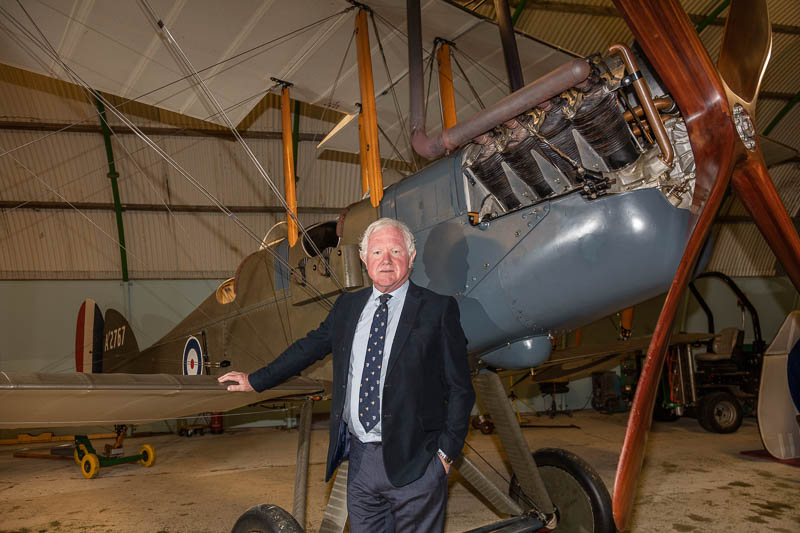 On 22 October Stephen Bohill-Smith hosted a talk in the Airmen's Mess about Sir Geoffrey De Havilland.

Stephen Bohill-Smith is an experienced airline and display pilot who has flown numerous aircraft types over a long career in aviation. These include the DH 121 Trident, HS146 and BAC One-eleven in Europe, the HS748 turboprop and the supersonic Concorde. Also the Douglas DC-10, and Boeing 757, 767, and the 747-400 worldwide.