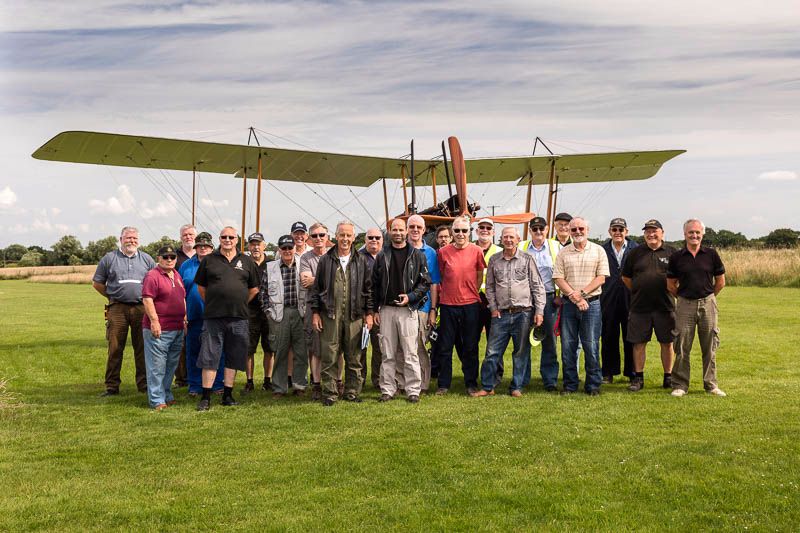 On 28 June the WW1 Aviation Heritage Trust's BE2 and Albatros D.Va aircraft took flight from Stow Maries Great War Aerodrome, near Maldon, to travel the 150 miles to Albert, just north of the River Somme in France.

The aircraft, which are exact replicas, will arrive at Albert on 1 July to mark the centenary of the start of the Battle of the Somme and the journey promises to be almost as challenging today as it was in 1916.

Dick Forsythe, Chief Trustee of the WW1 Aviation Heritage Trust, which is behind the 1 July flying tribute, said:

The British BE2 aircraft is the hero of the piece but is very fragile, incredibly vulnerable and notoriously difficult to fly.

“The BE2 was designed in 1912 just three years after Louis Bleriot flew across the Channel for the first time. In 1916 the pilots were flying into the unknown, on their own, and they were doing it in an aircraft with no radio or navigational aids, no brakes, no parachute, a bungee cord for suspension and covered in nothing more than Irish linen.

“The BE2 could do just 55mph and took an hour to climb to 8,000ft and another hour to get to 12,000ft. It was a very hazardous journey just getting to Northern France and a lot of the aircraft crashed during take-off or landing, or were lost in the Channel.

“Flying back to the Somme in identical aircraft is our homage to the brave pioneer pilots of WW1.”

The WW1 Aviation Heritage Trust currently keeps four NZ-made replicas at Stow Maries Great War Aerodrome in Essex – two Bleriot Experimental BE2s, a German Albatros and a Sopwith Snipe – which are on display for the public to view in the Hangar.

ITV Anglia came along on the day and filmed, you can watch the report on the ITV website.

For more images from the day please look at our gallery.

To see the aircraft on display, plan a visit to Stow Maries Great War Aerodrome. The site is open to the public from 10am-5pm every Friday, Saturday, Sunday and Bank Holidays. Children under 16 visit free with an adult ticket costing £8.