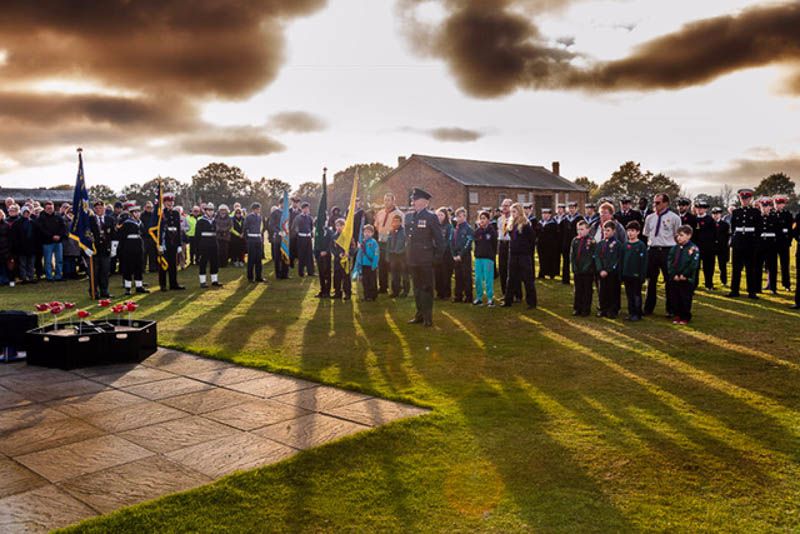 Hundreds of people braved the crisp air to attend the Remembrance Day ceremonies at Stow Maries Great War Aerodrome near Maldon on 13 November.

After a touching service, the last post and Reveille, the parade and its hosts repaired to the Airmans Mess for Trench Stew and Tea to warm up.

Trustee George Kieffer, laying a wreath for Stow Maries Great War Aerodrome Trust, was very happy with the day. He said: "It's great to see such a turnout on this most important day. The act of remembrance is a key part of our work here, and we're so glad that our community supports us so strongly.”

For more images from the day please visit our photo gallery.