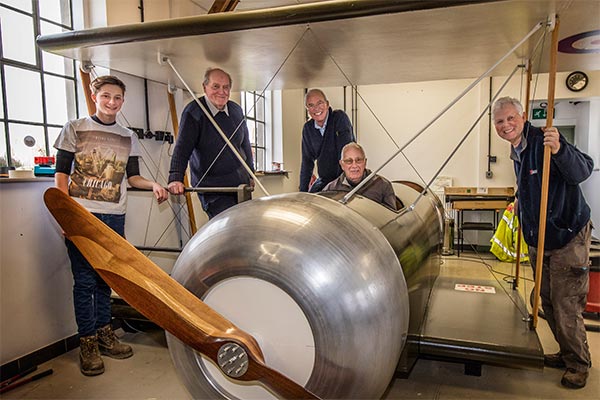 Volunteers and staff at Stow Maries Great War Aerodrome, near Maldon in Essex, have been working hard to create a new museum, which was first showcased to the public on Good Friday. Stow Maries Great War Aerodrome was established in 1916 as the base of the Royal Flying Corps 37 (Home Defence) Squadron two years after the First World War began, and the new museum will give an insight into life on the aerodrome.

"I am very proud of what our team has achieved. It has been a very intense few months as we wanted to create a fitting tribute to the men and women who served in 37 (Home Defence) Squadron during the Great War, and we hope that our visitors will enjoy it."

A fun and educational day out for all of the family, Stow Maries Great War Aerodrome is considered unique as no other near-complete World War One aerodrome remains in England.

From Friday 25 March, those visiting the new museum will learn about the aerodrome through an interactive history of the site with examples of how a bedroom and the Station Armoury would have looked, plus will find out about the history of the Women’s Royal Air Force at the site. Children can experience the joy of sitting in a simulated WW1 Sopwith 1½ Strutter which has been worked on by volunteers.

Visitors will also learn about the history of the first blitz on London and the home front, including the bombing of Poplar School in East London during 1917.

As well as the new museum, there’s plenty to enjoy at this unique venue, including a fascinating Squadron Museum, hangars of late production and replica WW1 planes, plus a wartime café.