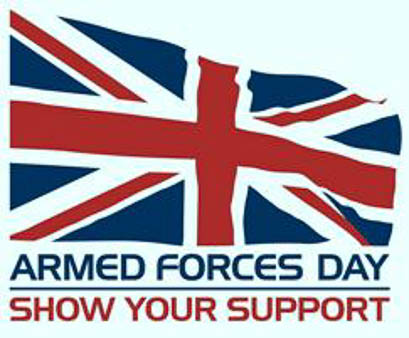 Hundreds of people including many Forces Veterans gathered in the sunshine at Stow Maries Great War Aerodrome on Saturday to pay tribute to the nation’s Armed Forces at Maldon District Council’s Armed Forces Day. In support of the event many vintage and modern aircraft flew in, including a rare 1930s Aeronca all the way from Whitby, a pair of Hornet Moths, a Tiger Moth, and members of The Tiger Club Turbulent Display team.

Throughout the day there were guided tours of the aerodrome, and the Maldon Cadets kept the crowds entertained with demonstrations and drills, and a Missile Run Competition between the Sea, Army and Air Cadets was won by the Maldon Sea Cadets who retained their trophy for the second year.

Displays of vintage vehicles added to the atmosphere, and the younger visitors were thrilled to ride in model aircraft and try out a computer flight simulator. The Turbulent Display team provided entertainment in the air with their exuberant flying practice. The Tiger Club flew a missing man formation over the airfield and the crowd fell silent.  An introduction was given by Peter Elliott Chairman of Maldon District Council and the service was led by the Reverend Mary Cottee. As part of the ceremony, pupils from Purleigh Primary School planted the poppies they and pupils from Cold Norton Primary School had made to recreate The Tower of London Poppies bought for the aerodrome last year with donations raised by The Purleigh Handbell Ringers.

A very special aircraft, a reproduction Royal Aircraft Factory BE2e, flew as part of the day’s commemoration of the Royal Flying Corps, whose ‘B’ Flight of 37 Squadron (Home Defence) based at Stow Maries helped to defend the nation from the German Zeppelins and Gotha bombers in WW1. The aircraft is based at Stow Maries and operated by the WW1 Aviation Heritage Trust. As it was flown over the airfield yesterday, it took everyone back in time, recreating the sight and sound of combat aviation 100 years ago. In complete contrast, the day was closed by a Battle of Britain Memorial Flight Spitfire, which made several passes over the aerodrome providing a fitting end to a memorable day.

Russell Savory, Stow Maries Aerodrome Manager said: “Stow Maries Great War Aerodrome is the most intact remaining WW1 aerodrome and we are delighted to hold Maldon District Council’s Armed Forces Day here again this year. Maldon District Council and all at Stow Maries Aerodrome are extremely grateful to the support of the local people of the district and the aviation community in demonstrating their recognition of Armed Forces Day and honoring those who serve their country.”