Showing support for our Armed Forces 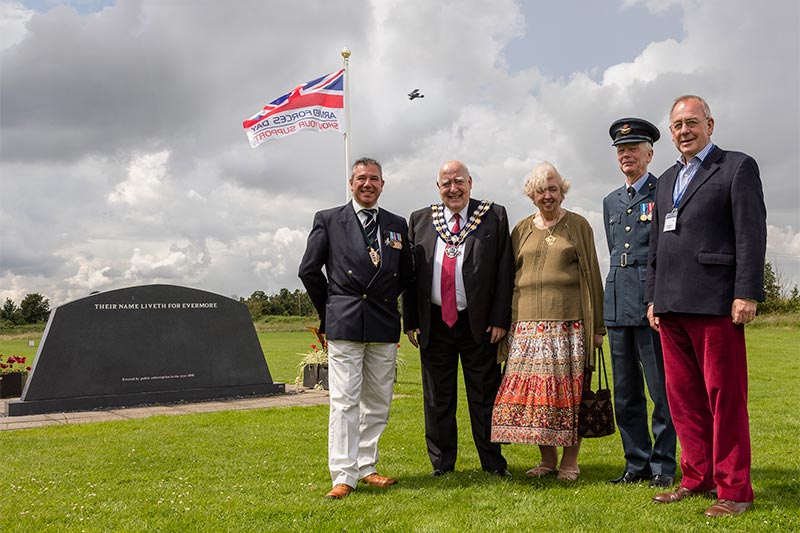 The event was free and members of the public, veterans, serving members of the forces and their families turned up to show their support for our Armed Forces.

It is an honour to be asked to host this event again. As part of the local, regional and national commemorations, Armed Forces Day acknowledges the commitment to serving the United Kingdom past, present and future, at home and overseas.

“Our aerodrome holds that commitment and sacrifice close to our hearts, as we tell that story every day as part of our work here.”

Cllr Peter Elliott, Chairman of Maldon District Council, who led a special flag-raising ceremony to mark the occasion, said: “We are grateful to the Stow Maries Great War Aerodrome Trust for once again kindly hosting this event.

“Stow Maries Great War Aerodrome is unique, of the 250 aerodromes built during the First World War, just ten still exist of which Stow Maries is the only one to have remained almost untouched since the war is ended in 1918.

“It is a fitting setting in which we recognised the contribution of our Armed Forces and civilian personnel as part of this National Armed Forces Day.

“Despite the weather, which didn’t dampen the spirits of those attending the event, hundreds came to salute our Armed Forces.”

To see images from the day please visit our gallery.

At Stow Maries Great War Aerodrome in Essex we regularly hold events suitable for all the family, such as our Battle of the Somme commemorations on 3 July and our Evening Vintage Flying Event on 15 July.

A visit to Stow Maries is a great day out in Essex. The site is open for public visits from 10am-5pm on Friday, Saturday and Sunday and Bank Holidays, with last entry at 4pm. Children under 16 visit free with adult tickets costing £8.
More visitor information.